Iron deficiency (ID) anemia (IDA) is a challenging health problem in pediatrics. It is the most common nutritional deficiency all-over the world, mainly in developing countries. World health organization (WHO) in 2001 estimated that 30% of children aged 0-4 years and 48% of children aged 5-14 years were anemic. The etiologies of iron deficiency in children include inadequate iron intake and increased needs due to rapid growth[1]. ID and IDA had a remarkable adverse effect on children health. Negative effects include – but not limited to – stunted development, low immunity, decrease IQ values, reduced capacity of physical activity, increased fatigue, poor psychomotor, cognitive power and school achievement [2].

Children with mild IDA were usually asymptomatic. However, some of them could be presented with pica, easy fatigability, irritability, palpitation, shortness of breath, conjunctival pallor and/or pallor of palms and nail bed. In children with severe iron deficiency anemia; tachycardia and heart failure may be developed [3]. The most commonly used definitions of anemia are from the Centers for Disease Control and Prevention (CDC) and the World Health Organization (WHO), based on hemoglobin levels (levels < 11g/dl in infants aged 0.5-5 years: and < 11.5g/dl in children aged 5-12 years. Prevention of iron deficiency anemia is an important public health issue and many strategies are available (e.g. iron supplementation, fortification of foods, proper management of parasitic infestation and dietary diversification)[4].

Recently, some researcher suggested that, lactoferrin could play a role in solving this global health issue[5]. Lactoferrin is an iron binding, non-haem protein that is structurally and chemically similar to serum transferrin, the transporter of iron in the serum. It is produced by epithelial cells of mucosa and found in secretions as saliva, tears, nasal, bronchial secretions and abundantly secreted in milk[6].  Lactoferrin has proved to have 300 times higher affinity to iron as compared to serum transferrin and an ability to retain iron over a broader PH range. Also, it was evidenced that it affects iron homeostasis by increasing iron export from gastrointestinal tract (GIT) and enhancing iron storage in ferritin. These mechanisms have proved to give better results with patients who are using lactoferrin as compared with those using ferrous sulphate in terms of red cell count, hemoglobin level, serum ferritin and total serum iron[7].

Aim of the work:

This study was designed to assess the effects of oral lactoferrin administration on primary school children having iron deficiency anemia.

The current work was designed as a prospective cohort study and was conducted on 94 patients with IDA. They were 58 females and 36 males. Their ages range from 6 to 12 years with mean age of 8.4 years. This study was performed in the period between October 2018 and January 2019. Children of this study has been collected from two different primary schools in Tanta City. Letters from Pediatric Department (Al-Azhar Faculty of Medicine, Damietta) to primary schools for co-operation in this study.  In our study, children were studied to evaluate the effect of oral Lf on treating IDA instead of elemental iron. They were numbered randomly from 1 to 94 (There were nine children not responding to follow up). They were classified into: Group 1: (included children with odd numbers) 47 children received lactoferrin as a treatment of anemia. Oral bovine lactoferrin (one sachet contains 100 mg of bovine lactoferrin over a quarter cup of water) was given twice daily for one month before meals. Group 2: (included children with even numbers) 47 children received iron as treatment of anemia. Elemental iron (6mgl/kg/day) was administered orally with meals, once daily for 30 days.

Inclusion criteria: the study included children of primary school age with iron deficiency anemia and both sexes were involved. Exclusion criteria: children with one or more of the following: chronic infections as TB, collagen diseases, renal diseases, liver diseases, malignancies and those underwent iron therapy or received blood transfusion in the last 3 months, were excluded. For all children, full history and clinical examinations were carried out. Also, blood samples were collected to measure ferritin and iron in serum, total iron binding capacity, and to do complete blood count, at baseline (Just before initiation of treatment) and after one month; after regular therapy by bovine lactoferrin or elemental iron.

Statistical analysis: Data were collected, coded, revised and analyzed by the Statistical Package for Social Science (IBM® SPSS®, Chicago, USA) version 20. Frequency and percent were calculated for the qualitative data, while mean, standard deviations and ranges were calculated for the quantitative data with parametric distribution and median with inter quartile range (IQR) for non-parametrically distributed data. The p-value < 0.05 was considered significant.

In the present work, there was statistically significant increase of hemoglobin, RBCs, MCHC, serum ferritin and serum iron after treatment in lactoferrin group when compared to elemental iron group (table 2).

This study was designed to assess the effects of Lf supplementation for primary school children with IDA. Lactoferrin is structurally and chemically comparable to serum transferrin (functions as iron transporter in the serum)[7]. Lf has 300 times higher affinity to iron than serum transferrin and an ability to retain iron over a broad PH range[8] .

Monitoring of complete blood picture (CBC) and iron profile including serum iron, serum ferritin and total iron binding capacity (TIBC) before and after one month of treatment. These mechanisms have proved to give better results with patients who are using Lf as compared with those using elemental iron in terms of red cell count, haemoglobin level, serum ferrtin and total serum iron[9].

Regarding clinical presentation, pallor detected in about 97% of cases. This agree with the study conducted by Ali et al.[10] that found that pallor was the most common sign observed in iron deficient children..

The mean hematocrit count was 30.02% and increase to 30.7% in Lf group and mean value was 29.7% before treatment, increased to 30.1% in elemental iron group. This agreed with the study of King et al.[12], who carried out a pilot study of Lf supplementation for infants and revealed that supplementation Lf had potentially favorable outcomes such as marked reduction of lower respiratory tract infection and increased hematocrits.

Mean total serum iron before treatment was 39.2 mg/dl and after 1 month it increases to 69.6 mg/dl in Lf group compared to 41.9 mg/dl and 63.0 mg/dl before and after one month of treatment in elemental iron group. This consisted with the study of Paesano et al.[13], who study Lf versus iron (ferrous sulphate) in management of iron deficiency and IDA and reported that, mean iron level before treatment was ≤30 mg/dl, that elevated to 84±16 mg/dl after treatment for 30 days. Also, results coincides with the study of Ke et al.[14] who reported significant increase in iron absorption in exclusively breastfed infants after supplementation with Lf-fortified milk. Also, results in agreement with the study held by Bethell and Huang[15].

Mean TIBC before treatment was 3.9 and after one month, it decreases to 3.1 in Lf group compared to, 3.8 before and 3.2 after treatment in elemental iron group. This agreed with the study of Rezk et al.[11] that stated that of TIBC levels decreased in cases with IDA who received Lf for 8 weeks on a dose of 250 mg once daily.

In Conclusion, oral lactoferrin represents a substitute for oral iron in the management of iron deficiency in children. 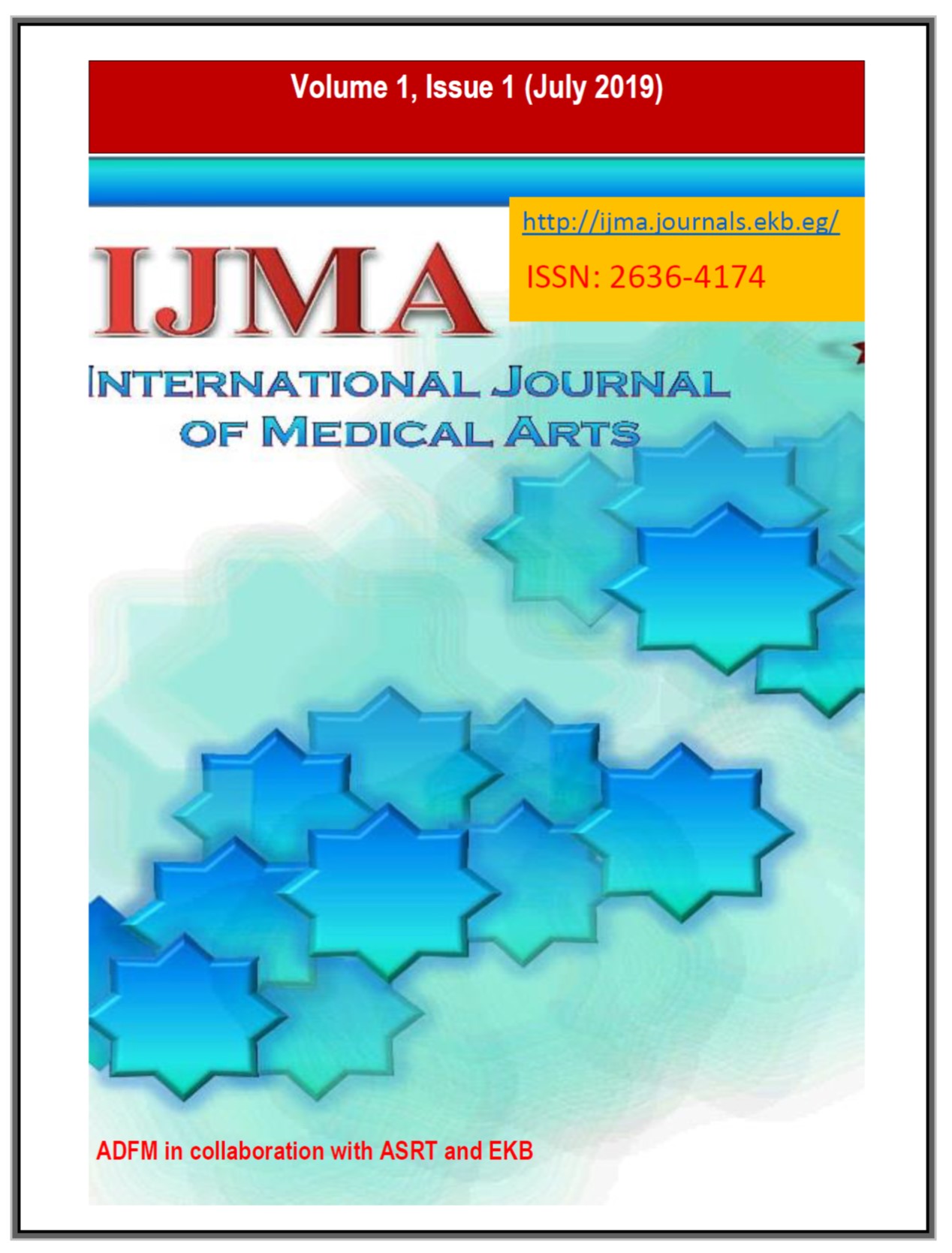